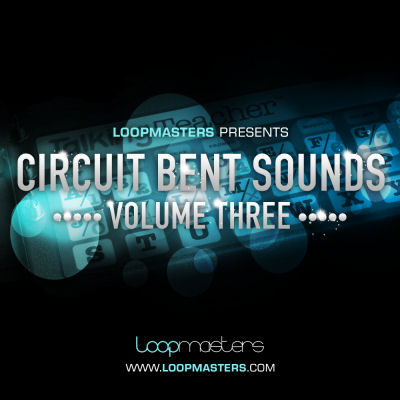 Anyway, on with the machines:

TI SPEAK & WRITE - One of the rarer Texas Instruments machines. Think of it as a speak & spell machine but without the screen. The S&W excels in alien loops and glitches but tends to sound more 'organic' and a lot less brittle than any others of the Speak & XXXX series. They seem to be mainly found in the UK.

MIX ME DJ - Imagine a Yamaha DJX II but designed specifically so that your grandmother can buy you one for christmas from a shop called 'Thrifty Pound Mart' or similar, because she 'knows you like those noisy electronics things'. A bunch of dodgy loops controlled by a tacky scratch wheel, a selection of 'MPC style' pads and an odd mini keyboard that pops out of the side. Mods included two wide range pitch controls and crash functions.

TI SPEAK & READ - The Speak & Read is probably well known to readers from the US but they are fairly rare in Europe. The S&R is essentially a Speak & Spell in a yellow case but more directed towards reading skills rather than spelling (as the name would suggest). Mods are more or less exactly the same as those possible on a Speak & Maths machine with a whole host of glitches, loops and distortions.

MUSICAL DRUM TOY - You find these chipsets under about 300 different names in different toys. In this case it was a toy drum with shapes on the top you can hit to produce 4 different drum sounds or a few drum loops. Bring on the wide range pitch control and cue the aliasing crunch drum hits.

CHICCO DRUM TOY - Possibly the smallest bent drum toy on the planet. May use the same chipset as the Musical Drum Toy above but you also have the ability to crash the thing for some extra weirdness.

VTECH ALPHABET DESK - V-Tech must have produced about 50 different toys called an 'alphabet desk' and to be honest we have no recollection of which one this was. As a result it'll have to remain a mystery machine.

VTECH TALKING ALFIE BEAR - Some V-Techs are plainly built in Chinese sweatshops and are best avoided but mysteriously every now and then you'll come across a machine like the Talking Alfie Bear which has remarkable build quality and doesn't fall to pieces if you even look at it in a funny way. The sounds even stay intact as you pitch them down instead of disappearing into alias noise like of many cheap toys. This was the teddy bear equivalent of an alphabet desk with a selection of buttons for games and activities on the bears chest and extra buttons on the bears hands and feet. Add some new controls and a line out in the back of the bears head for extra Borg action and away we go.

BONGON DRUM TOY - A kids bongo toy bought from Boots, the chemist. Uses a chipset you'll probably find in a dozen similar machines but with some pitch and crash controls its still a good source of crunchy percussive hits.

LETTERLAND TOY - Otherwise known as the paedophiles choice, this is just seriously wrong. Its a sort of mini alphabet desk toy where you press the letter buttons and it either plays music or says a short sentence demonstrating how the letter is used. OK, nothing wrong with that so far, but its when you get to certain letters that things start getting creepy. The letter M consists of some pervert rubbing his thighs outside the school gates saying 'I am Munching Mike, i say mmmm, mmmm', N is even worse with 'I am Naughty Nick, i say nnnnnn, nnnnn'. Its at that point you have to go and have a shower as you feel dirty. Don't say we didn't warn you.

EARLY LEARNER TOY - Fairly common in UK charity shops. Another pre-school toy with shapes and picture to hit to produce melodies and words. A good source of aliasing noise and pseudo scratching.

LITTLE TYKES GUITAR - One moment its a plastic toy guitar but fold out the back and theres a little keyboard and drum pads as well, astounding! With some added pitch controls and body contacts this thing sounds like a Dalek having a seizure underwater.

ROLAND TR707 - Apparently a Roland classic. Think of it as a very poor mans TR909, although the prices for 707's are getting a bit ridiculous these days. This one had a large percussion grinding patchbay, a selection of distortion switches and decay controls, and some cold cathode screen lamps. The lamps don't help anything soundwise but they certainly look cool ;-)

AKAI XR10 - Akai's only dedicated drum machine until the XR20 came out recently and pretty rare. What makes it rarer is that its an old digital drum machine that still sounds extraordinarily modern and usable, unlike a lot of its contempararies. Maybe because all its sounds haven't been used to death over the last two decades.

YAMAHA RX7 - The RX7 was essentially a cut back version of the monster that was the RX5. It features 99 sounds including some vocal phrases, all in typical 12 bit yamaha late 80's digital quality, which would probably only be usable for retro electro or industrial tracks if it wasn't for the extensive programming possibilities that let you mangle the sounds with pitch, decay, bend, delay and LFO parameters. The RX7 is capable of some utterly bizarre sequences and percussion noises when the sounds are mangled with the onboard patchbay. Possibly the strangest sounding circuit bent drum machine you'll ever come see.

CASIO RZ1 - We love the RZ1. With a grand total of 12 sounds that seem to have been recorded from a passing bus, and space for four short 12 bit samples the RZ-1 was never going to be right at the top of anyone's kit lust list (and there's a phrase you don't hear everyday), but what really makes the RZ cool is its sheer crapness. The sounds punch and flap like someone battering you around the head with a plank of balsa wood, the timing has mechanical 'Daft Punk-ness' written all over it and the amount of RAM available is barely enough for four short drum hits. The RZ1 is a machine that passes through coolness and out the other side into the realm of uber-cool. This machine features 2 patchbays (one for onboard sounds the other for samples) and two new filter knobs.

BOSS DR550 - The good old Boss DR550. This was my first ever drum machine and as such i can only view it with all the irritation and loathing you can have for a machine that you've spent literally years programming inside out. The patchbay mounted in the external box is home to some of the most brutal drum grinding and distortions we've ever heard, and as you can imagine thats up against some pretty stiff competition! This machine is a speaker eater.

KORG DDD1 - Another 12 bit drum machine that oozes filth from every orifice. Along with the Kawai R-100, the Cheetah MR16 and the Casio RZ-1 this machine comes from the last era of totally over-engineered drum machine monsters before the likes of the Alesis SR-16 and the Boss DR-550 made the drum machine sterile and painfully dull.

CORON DS7 DRUM SYNTH - The Coron Drum Synth is one of those mysterious machines that seems to come in many different incarnations and under various different names. We've seen exactly the same machine under the names Frontline, Coron DS7, MXR and Grant S7. The standard machine is an analogue single oscillator percussion synth that was originally designed to screw onto a drum kit and be triggered by vibrations hitting the internal piezo sensor. We rehoused it, extended the range of the existing controls and added a few more.

CASIO SK1 - The classic 8-bit toy sampler keyboard. If you don't know what it is just hide your face in shame and go look it up on google, we'll say no more about it ;-). The SK1 is possibly the second most common target for circuitbending after the speak & spell.

YAMAHA PSS270 - Home to some of the most repulsive digital noises you'll ever hear. The Yamaha PSS home keyboards use a form of FM synthesis that can be abused to ridiculous extremes. Simply by denying or cross patching some of the sound parameter setup data from the CPU to the synth chip you can create random gurgling soundscapes unlike anything you've ever heard before.

ROLAND SH101 - A classic single oscillator analogue synth. Not so much circuitbent as modded with VCF FM controls, LFO speed controls, VCF overdrive and audio inputs. After modding the 101 is capable of some savage audio destruction and disgusting flatulent bass you'd normally only hear from a machine far more expensive.

ROCKTEK DELAY PEDAL - This pedal started out as a very dull analogue delay with simple Delay time, Repeats and Depth (level) controls. We added an extra 6 switches, 2 body contacts, a knob and an entirely gratuitous blue LED that is only there because we drilled a hole in the wrong place so had to plug it with something :)

CASIO SA5 - Brother to the SA1, which i suppose we have to call a classic now the laser sound has been used on so many tracks. All of the Casio SA series toy keyboards use a very similar chipset and as a result they all excel in bizarre random crashes and sinister glitch noise sequences. New controls included a controlled crash knob, an oscillator squeal knob and filter / distortion switches.