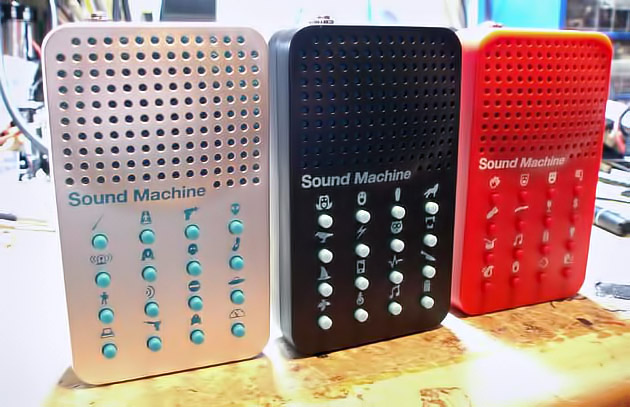 They come in several different themes. Here we have the Sci-Fi, Horror and FX ones but you can also get Cartoon and Football (or soccer if you'd prefer) themed ones. Basically they each have 16 infuriating and remarkably Hi-Fi sound effects that play when you press the buttons. As you can see, each button has a little image to represent what it plays. 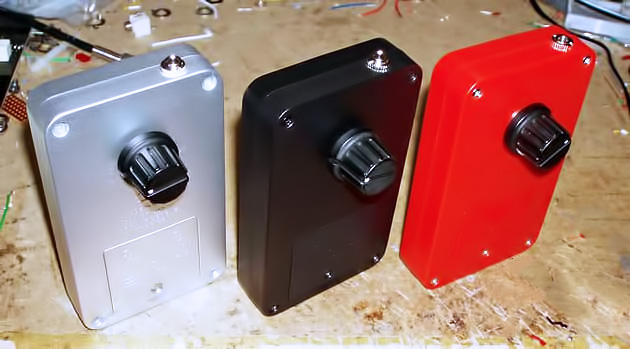 Thats about it, except that we have added a pitch knob round the back to take the sounds from squealing chipmunk blips at the top, to hideously aliasing low frequency 8 bit noise at the bottom. Theres also a new 3.5mm jack output socket on the top of each unit. If you thought these things were annoying at the internal speaker volume, just image how irritating you can be over a 10K PA rig!

To listen to the kind of sounds these things now produces take a listen to the mp3 demo below. There are three sections. First is the Sci-Fi model, then the Horror version and finally the red FX version

We just discovered a new one of these things, and this one is charmingly called the F*** Box. Obviously we can't even begin to imagine what mystery letters those asterisks might represent, but seeing as the 16 sounds on this one cover such useful phrases as 'shut the fuck up', 'what the fuck' and 'go fuck yourself'', we might make an educated guess. ;-) 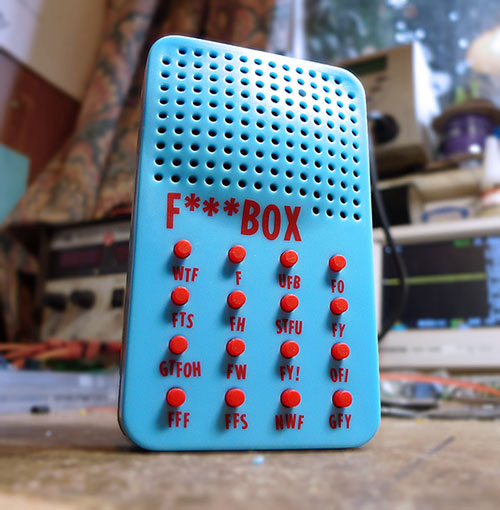 This one is modded in exactly the same way as the others, with a pitch knob round the back and a minijack audio output.

Theres a soundcloud demo below, but its fairly safe to say that if you are easily offended, then you should probably get out in the real world a little more............. oh, and theres a whole cluster of fucks in the demo, so be warned.