The Kawai R100 is possibly most over-engineered drum machine known to mankind. The R100 could be seen as the big brother to the R50 and R50e, in that they used interchangeable sound ROM chips, but the R100 is missing the delay and flange effects found on the R50. This omission is perfectly forgivable when you take a look round the back of the R100. You can almost see the head of the Kawai engineering department saying 'lads, we've still got some space on the circuitboard, lets try and shoehorn in another 3 sockets', as round the back it gets ridiculous. Here you find stereo outs, 8 individual outputs, midi in/out/thru, DIN sync, headphones, tape/clk in, tape out, clk out, hihat open/close socket, start/stop, metronome out and analogue trig out. We'll even let Kawai off for the fact that the push buttons on the front panel get a little unreliable over time as the overall build quality is impressive to say the least. If, like us, you value your drum machines on how easily you could use it to kill someone, then you're onto a winner with the R100. Add to this 24 nasty & gritty 12 bit sounds with some very wide tuning possibilities and you've got one of our favorite drum machines, which is why we have 3 :)

The patchbay mod consists on an external 21 point drum destruction patchbay mounted in an external casing. Information and connected to the main unit via a 25 way D-sub cable. Details of our patchbay mods can be found HERE. The patchbay also includes 2 X Patchable switches and 2 X 3 way Patching multiples for a huge range of extra percussion grinding possibilities.

The patchbay case can be connected and disconnected at any time, and the machine works as normal with no patch cables plugged into the patchbay. 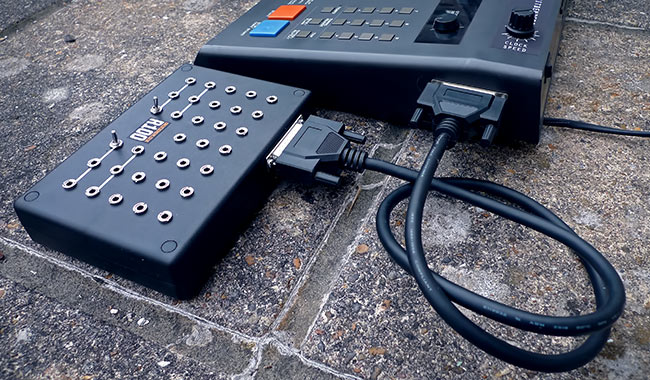 The R100 was the sound of virtually all the early releases on the industrial label Wax Trax! (think early Ministry / Revolting Cocks / KMFDM / Cabaret Voltaire), and it sounds dirty to say the least. This is reflected in the character of the effects produced by the patchbay connections. The effect are not so much punchy as disgustingly sordid and grimy. If you wanted a drum machine for dirty warm midrange insanity and distorted bent noise then the R100 is an ideal candidate for the job.

See below for audio demos of what these mods can do. 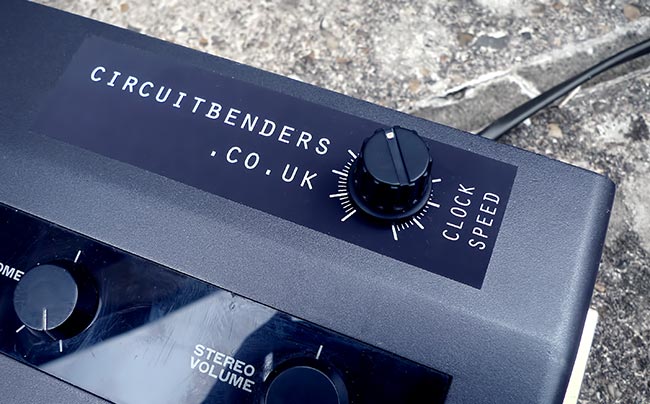 For some reason virtually all the sounds on the R100 sound a lot more meaty if you detune them using the pitch knob, compared to using the onboard 'tune' parameter. This is especially true of the snare sounds which gain that same gritty punch that leads Hip-Hop and breakbeat producers to spend large sums of money on certain 12 bit samplers.

All drum machines of this era can be prone to a certain amount of background whine appearing when you pitch the sounds down too far, and the R100 is no exception. Usually the whine is masked in use and it only starts to appear when the sounds are pitched so low they don't even have a passing acquaintance with being percussion sounds,

Click on the demo's below to hear what these mods can do. These demos feature both the patchbay and the pitch mods.

The Kawai 'R' series of drum machines all share interchangeable sound ROM chips, which means the ROM's can be freely swapped between the R100, R50 and R50e to give each machine the sound set of any other. Theres also a mysteriously rare R50-III version that might have only been available in Japan, but we've never seen one and have no idea which sound ROM it uses.

Our Kawai R-ROM mod allows the installation of all three standard sound ROM's in one machine, with a rotary switch to select between them at any point. It also has a space for a fourth ROM in case you ever come across a custom sound chip, or one from a R50-III.
Sounds cannot be individually selected and mixed between separate ROM's, so you have to use the whole R100 set, or the whole R50 set etc. Sound parameters such as level, pitch and pan are set globally, so they will be applied to the sounds regardless of which sound ROM you are using. 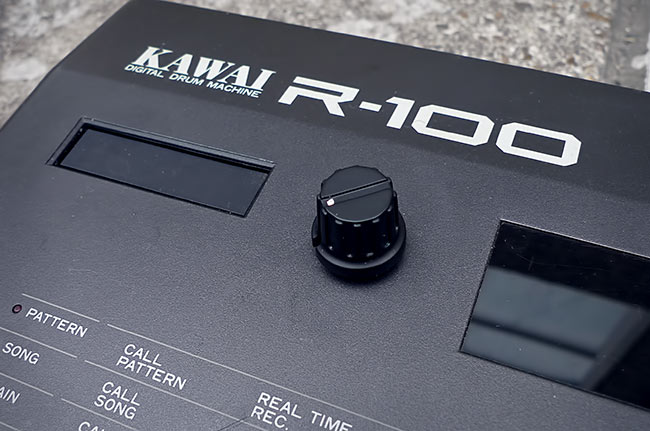 The R-ROM switcher mod is also available in a DIY kit form on our SHOP page.

The video below shows the R-ROM switcher installed into someones R100. It also demonstrates just how much the Kawai R series were used on virtually every early Ministry / WaxTrax! records release!

if you want your R100 modded get in touch using the CONTACT form.