If you own a Jomox XBase09 drum machine, then you've probably noticed that by now some of the red LED pushbuttons / tactile switches, are starting to become a little unresponsive or prone to double triggering. This can make programming the machine extremely frustrating and unreliable. There is also a distinct danger of damage to the PCB under the buttons, as you inevitably pound away on certain commonly used steps pleading with it to 'just f*@king work you bastard thing!'

For £65 we can replace every one of the 26 buttons on the xbase09 panel with a brand new red LED switch. The new switches are not absolutely identical to the old ones, as in classic Jomox style they chose to use switches that not only die very quickly, but are also impossible to actually buy, but with all 26 replaced you probably wouldn't notice the difference in day to day use. 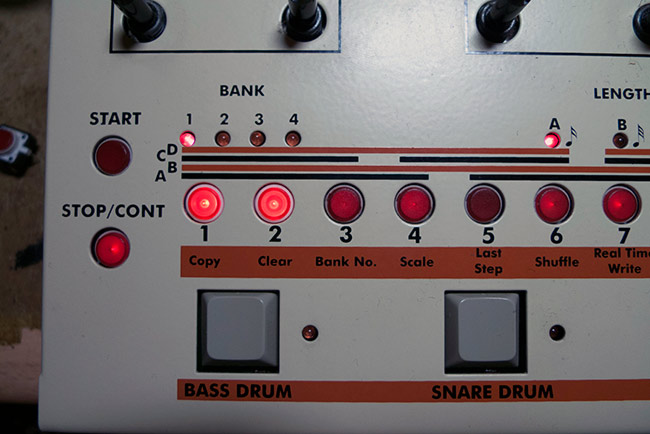 The new switches light up a little brighter than the normal ones, as you can see from the image above where steps 1 and 2 have been replaced, and the rest are original. Steps 3, 4, 6 and 7 are actually lit up in that photo, but the original LED's get dimmer and dimmer over time so on some machines you can barely tell if they are activated or not. The new switches also have a much more positive 'click' response compared to the old ones, so you actually know when you've pressed a button even without the LED. 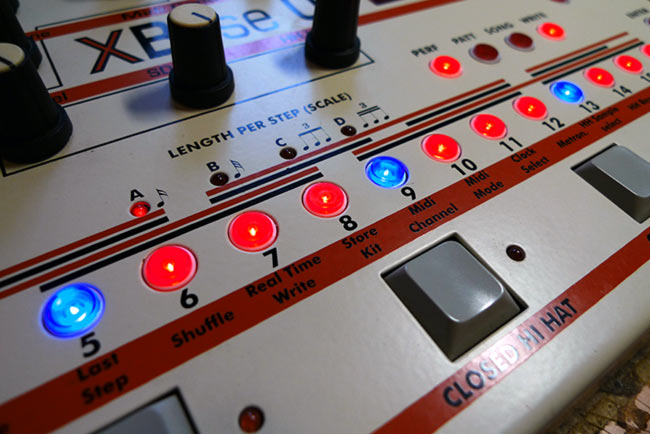 For the same price we can replace the steps on the beat (1,5,9 and 13) with switches that have a blue LED. This makes it a lot easier to program 4/4 patterns if you can quickly see where the 'on' beats are without having to think about it. It seems obvious, but once you have it, you won't know how you managed without it! 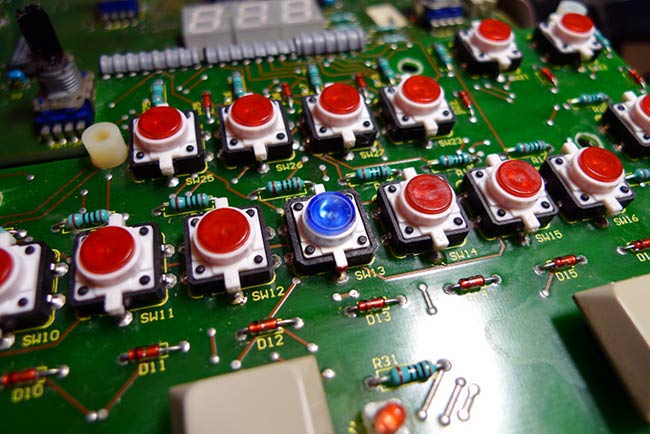 We do not currently sell sets of 26 switches for DIY installation, so you will have to ship your Jomox here if you want the switches replaced. If you would actually be interested in just buying 26 switches then by all means get in contact and let us know. If theres enough interest to make a bulk order we'll see what we can do, but we would definitely advise owning a proper vacuum desoldering tool if you don't want to make a complete mess of the PCB.

If you want your XBase09 switches replaced, please get in touch via the CONTACT page