The Frontline Drum Synth is one of those mysterious machines that seems to come in many different incarnations and under various different names. We've seen exactly the same machine under the names Frontline, Coron DS7, MXR and at the time of writing this there are three FAULTY versions of this under the name Grant S7 up for auction on ebay, all of them selling for over £65! It makes you wonder how much they would go for if they said Roland on them instead of Grant or Frontline. They are all exactly the same so we're not entirely sure what people think they are buying there.

Anyway, the standard machine is an analogue single oscillator percussion synth that was originally designed to screw onto a drum kit and be triggered by vibrations hitting the internal piezo sensor. It has knobs for sensitivity, volune, decay, pitch, LFO speed, LFO depth and pitch envelope. There are also three jack sockets for line out, a mute pedal and what we are told is a microphone trigger input although we'll be buggered if we could get that one working. 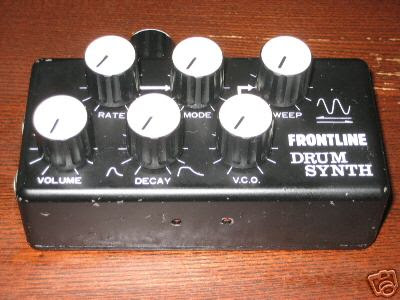 Due to the total lack of space inside the thing to do anything new we had to rehouse the electronics in a new case that isn't much bigger than it was already but at least theres room to work with. We also completely removed the vibration trigger system as its a waste of time. 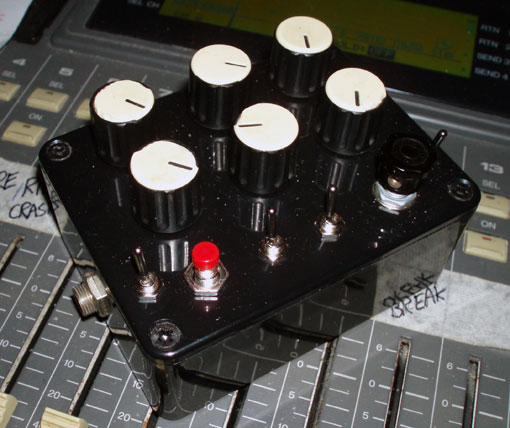 Trigger Button: Triggers the drum sound when you press it and keeps it going for as long as you press it.

Trigger On Switch: Keeps the sound running for as long as its switched on. Useful for theremin type Forbidden Planet noises.

Mysterious Pitch Env Knob: Appears to apply the pitch envelope in inverse to both the pitch and to the the attack of the LFO effect. This one was a bit unexpected but the knob seems to control 2 or 3 parameters at once. We also added a switch to turn the effect on and off.

External Power and regulator replacement: It'll now happily run from any between about 6 and 18 volts from an external power supply.

Trigger Input: An input that accepts a +5V trigger from older drum machines like the TR707 and TR606 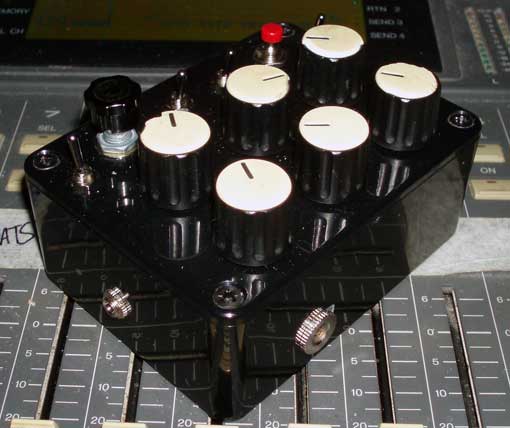 Click on the demo buttons below for mp3's of what this machine is now capable of. The first is a 4x4 sequence trigger from a TR707, the second is a more complex triggered sequence and the third is some theremin style action.