The Korg Poly800 mkII is more or less exactly the same machine as the mkI version but with the addition of a basic analogue delay line and a slightly better MIDI spec. It also has a memory backup battery as standard but bear in mind that if it has never been replaced then its probably completely dead and possibly corroding the circuitboard with leaking acid by now. 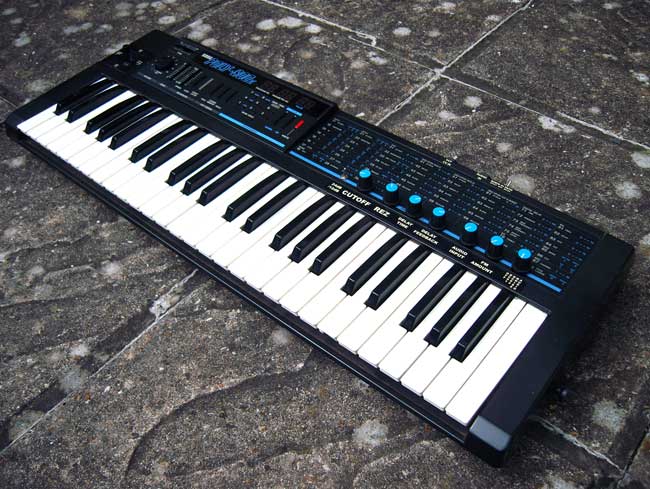 Our Poly800 mkII mods are exactly the same as the mods for the mkI but with two additions:

Delay Feedback Knob: Controls the amount of delay feedback from a couple of repeats to a maximum well over 100% for those building dub delay effects that get louder and louder before finally decaying into a mess of distortion. This control works relative to the actual delay feedback setting parameter programmed with the sound. 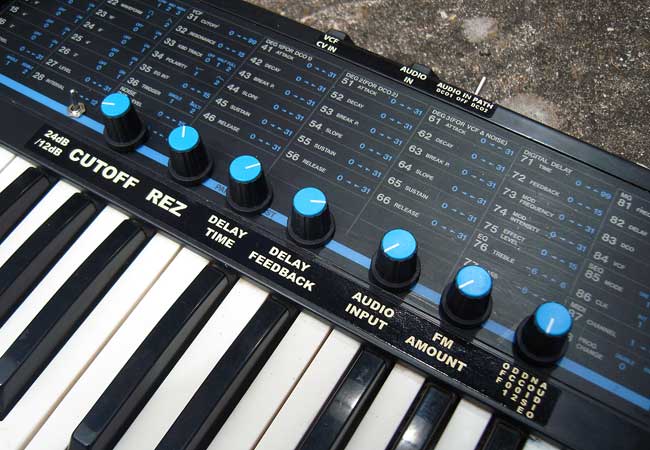 Delay Time Knob: Surprisingly this controls the delay time but can also be used in conjunction with the feedback knob to create surges of sound or in realtime to create swept echos and loops as with any analogue delay. Again, this control works relative to the actual delay time setting parameter programmed with the sound.

This mod adds an endless rotary encoder that does the same job as the UP/DOWN data entry buttons on the front panel. Pressing the knob takes the synth into parameter edit mode, and then turning it changes the parameter value. The knob has 20 clicks per 360 degree rotation, so it takes 5 full rotations to take the value of a parameter from 0 to 99.

If your machine has a backup battery but it still loses its memory the chances are that the battery is well beyond its reasonable lifespan and is completely dead. For £10 we can replace the backup battery in a battery holder that allows for easy replacement in the future. if it has never been replaced then it could possibly be corroding the circuitboard with leaking acid by now so we would recommend getting it done.
If your synth still holds its memory but you want the battery replaced as a precautionary measure, please make sure you backup any program data before shipping the synth, as it may be lost in the inevitable 10 seconds when the unit is without a battery during the switch over.

If you want your POLY800 mkII modded get in touch using the CONTACT form.