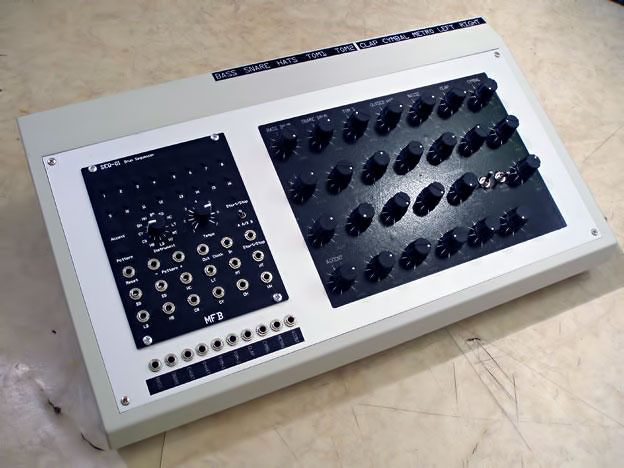 The Korg KPR77 is one of those analogue beatboxes from the early 80's that should probably be seen as Korgs answer to the Roland TR606. They were released in the same year but Korg made the huge mistake of not having 'Roland TR' written on the front, which is plainly a criminal error when it comes to analogue percussion. At least the absurd price of the TR606 these days would suggest as much. What didn't help the Korg was that despite the fact that it had an LCD display (with a orange backlight!), the programming interface was initially completely impenetrable despite being theoretically superior to the TR606, and after a few years the front panel buttons usually only operated under steam hammer pressure. The other drawback was that the KPR77's stock soundset seemed to have a complete lack of magic about it. The bassdrum is lightweight and weak with a poor attack and apart from the halfway decent toms, every other sound could be found better elsewhere. Having said that, the KPR77's capabilities are far more comprehensive than the TR606, and you can probably pick one up for less than half the price. 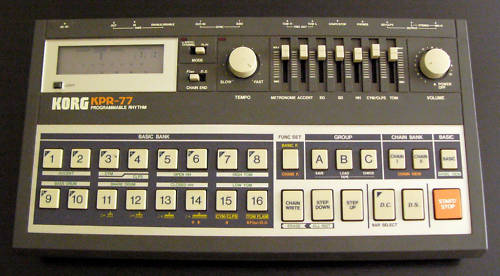 Initially the KPR77 was housed in the normal casing as you can see above. As the guy who owns this machine didn't want to use the internal sequencer and 80% of the front panel buttons didn't work anyway, we have pulled out all the actual analogue synthesis circuit boards and rehoused them in a new desktop case. We have also built in a MFB SEQ-01 which is a drum trigger sequencer from MFB's modular synth range. Each sound on the KPR77 has its own individual trigger input which is connected to the MFB's trigger outputs using short patch cables. 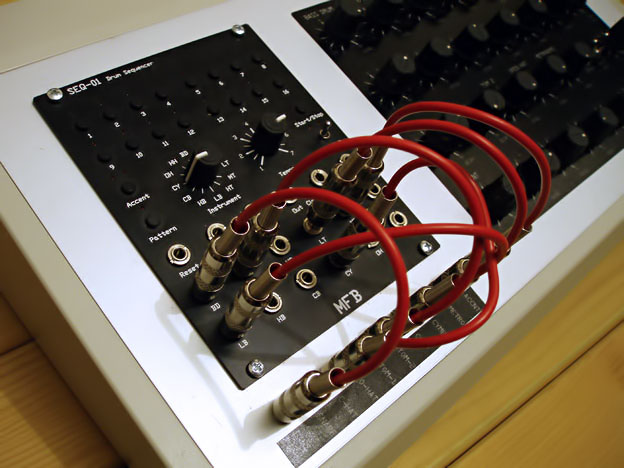 There are a total of 26 new knobs and two new switches on the front panel. The standard KPR77 has no control over any sound parameters and as a result is a rather lifeless machine but these new knobs take it into a whole new world of analogue percussion. We have also adjusted the trigger pulse of the bass drum to give it a more 808'ish clicking punch instead of the standard weak tick. 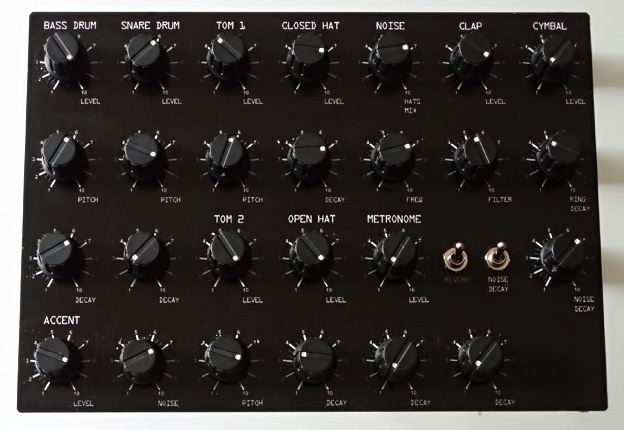 The new controls consist of: 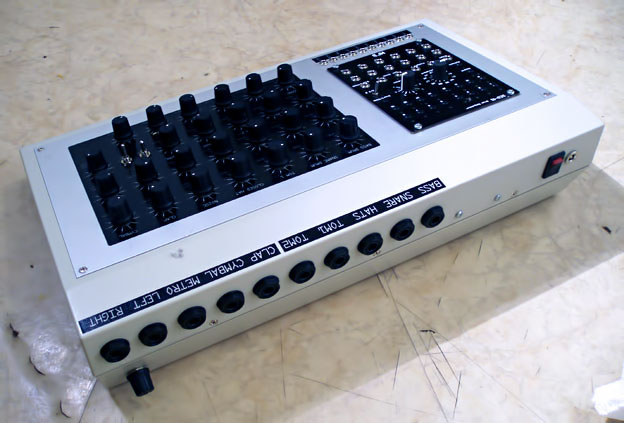 Each sound now has its own individual output which removes the sound from the main mix left & right pair outputs when a jack is inserted into the socket. Unlike on the standard machine where the two toms share a level fader, as do the cymbal and claps, on this machine each tom plus the clap and cymbal have an individual level control and output. For some reason you can't use the clap and the cymbal at the same time on the normal unit but we have rectified this and now both sounds can be used simultaneously. We have also added access to the twanging metronome sound as an extra percussion voice. 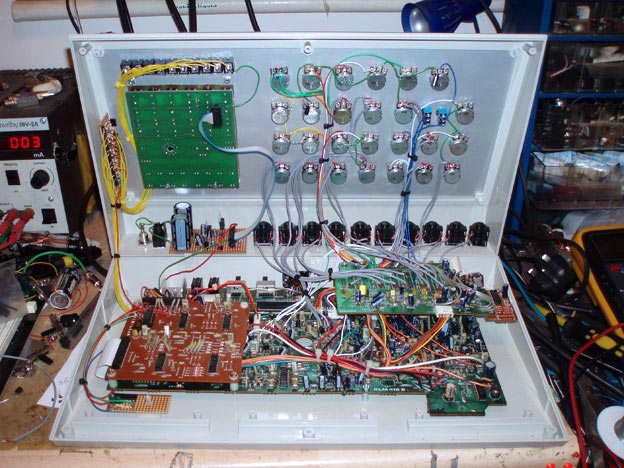 Internally theres also a new +/-12v, +9v power supply for the MFB module and the KPR77 synth boards, a trigger interface board so the Korg will accept triggers from just about anything, and a small circuit to shape the accent trigger so its usable with the new setup.

Unless you want to pay an outrageously obscene amount of money there is absolutely no way that we're doing this again! This was one of those occasions where an initial 'good idea' slowly snowballs into an avalanche of nervous breakdown inducing tweaking ;-)

To listen to the kind of sounds this machine now produces take a listen to the mp3 demos below. All the demos were recorded from the mono main mix out.